The time of rest is over… After spending few weeks with my family in Montreal, it was time for me to head on the road again.  Winter is approaching Canada fast and I didn’t want to be caught in the Great lakes region when the snow starts so, in a sunny day at the end of September I left Montreal heading South to New York state.
I was apprehensive about crossing the border into US because I haven’t been to America in few years and now I was coming on a bike registered in Africa and alone.  As I came into the US Immigration booth, the officer look at my passport and when he found out I was coming from Africa, he called few of his fellow officers and they all became very curious about my trip.  They gave me no problems whatsoever, but were inquisitive about my itinerary from Africa and my adventures.  They told me they have never seen an African bike making it into US before, which made me quite proud of my Namibian, beautiful bike!
I decided to head straight West from New York, through Pennsylvania, Indiana, Ohio, Illinois, Iowa, Kansas, towards the Rockies.  The Mid-US states were kind of flat and uninteresting, but as I approached Denver, the landscape became increasingly beautiful and exciting.  The Rocky Mountains were looming ahead and I felt like the settlers of Old going West in search of adventure.
A day before I arrived in Denver I heard a clanking sound at the rear wheel and I got worried I screwed up something there.  As I stopped for the night, I noticed that the shield for the shaft was cracked and a piece of metal was sticking out.  I was sure this was the cause of the sound and I removed the shield.  In the morning, however, the sound was still there.  I rode to Denver in slow speed and I pulled into the Yamaha dealer.  When the mechanic came out he moved the rear wheel  and immediately he realized that it was my wheel bearings and took the bike in for service.
Once fixd, the bike ran smoothly again and she was purring happy across the Colorado Rockies, not even noticing the increase in altitude.  I camped wild that night in the mountains, on the shore of a lake and it felt good to be in the wild again, but it was so cold I hardly slept that night.  In the morning the tent and the bike were covered in ice and the thermometer showed -4 degrees Celsius.  I packed my stuff while shaking like a leaf.  I was heading to Moab, Utah to see the Arches National Park, but before I reached there, I had to cross the Rockies through the Independence Pass, 4000 m high.  It was the coldest day of my entire riding to date, even colder than Norway and when I arrived in Aspen, Colorado I was stiff as a board.  By contrast, 1 hour later when I reached Utah, it was 28 degrees outside!
From here on, even though I rode through beautiful scenery, like Arches, Monuments Valley in Arizona and eventually Grand Canyon Park, my mental state was not right: I received some bad news from home and I also felt more alone than ever before.  I knew that in an expedition like this you will have low moments, but mine came all together and from different angles and caught me unprepared.  This made the rest of the ride to Las Vegas and California seem more like a chore than a pleasure and serious doubts haunted me for days.  I struggled with the idea of quitting and returning home in Canada and forget about everything.
I stopped in Malibu, California in camp by the sea and for three days I debated whether I should go on or not.  There were more cons than pros…  However, somehow I pushed myself to continue in spite of myself and my insecurities and forced myself to finish this expedition.  I have come now 51.000 km from Africa to this point and I have 25.000 more to go.  It seemed that these last ones would be harder to manage…
I left that Sunday morning to the South, towards San Diego, stopping first at a major biker hotspot in the mountains, called the Rock Store.  It was a great start to my journey to the South; hundreds of bikers meet here because of the beautiful Canyon ride that leads to this Café.  When the bikers saw me, they were very friendly and interested in my journey from Africa and I got to know a few of them.
I then rode towards San Diego and then Yuma Arizona from where I decided to enter Mexico.
America was a swift affair, but I loved riding my bike from the East to the West.  I have been to US many times, I traveled to all states except Alaska, but now I saw America on my bike and this, for me, is a big milestone. 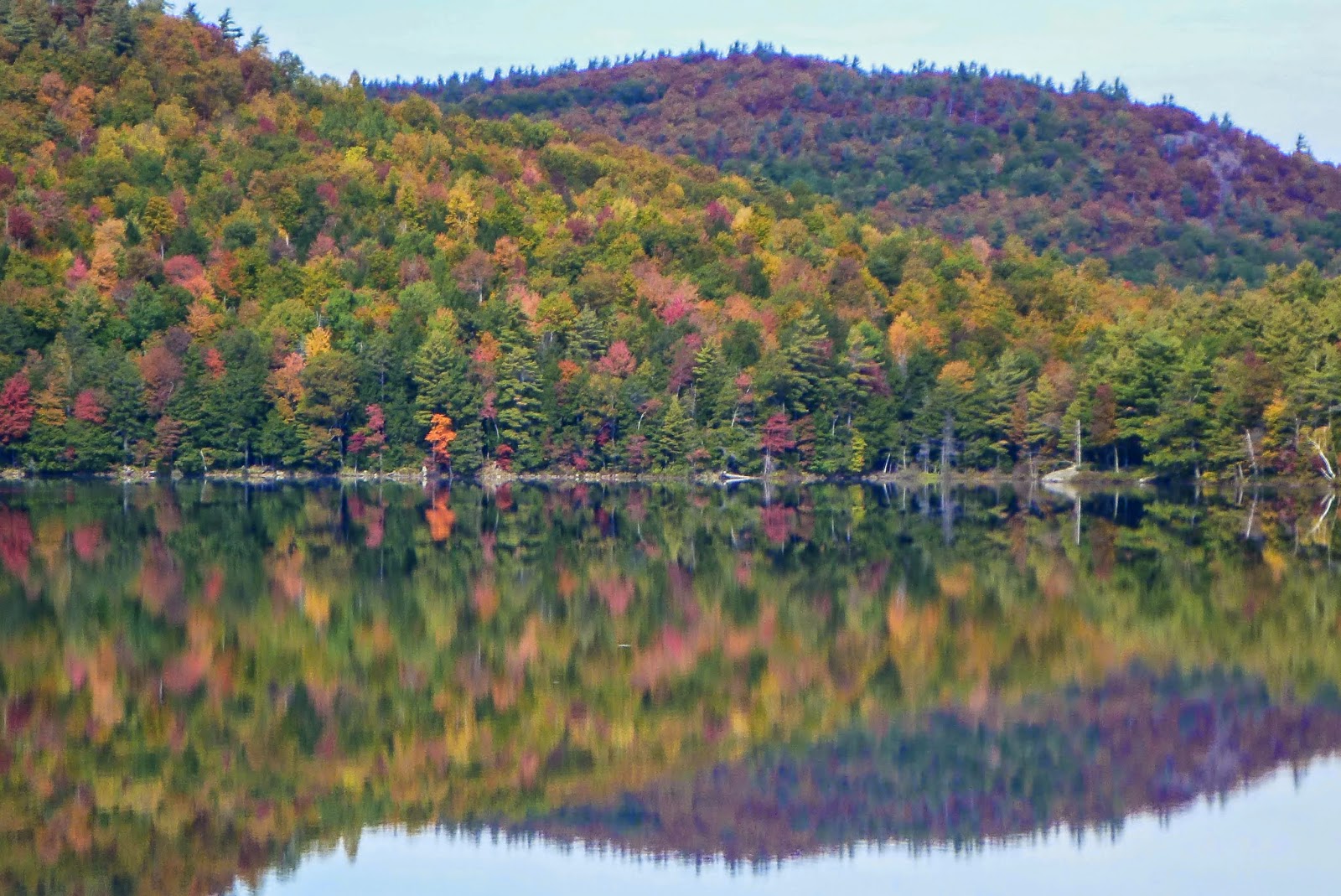 The magnificent Rocky Mountains of Colorado 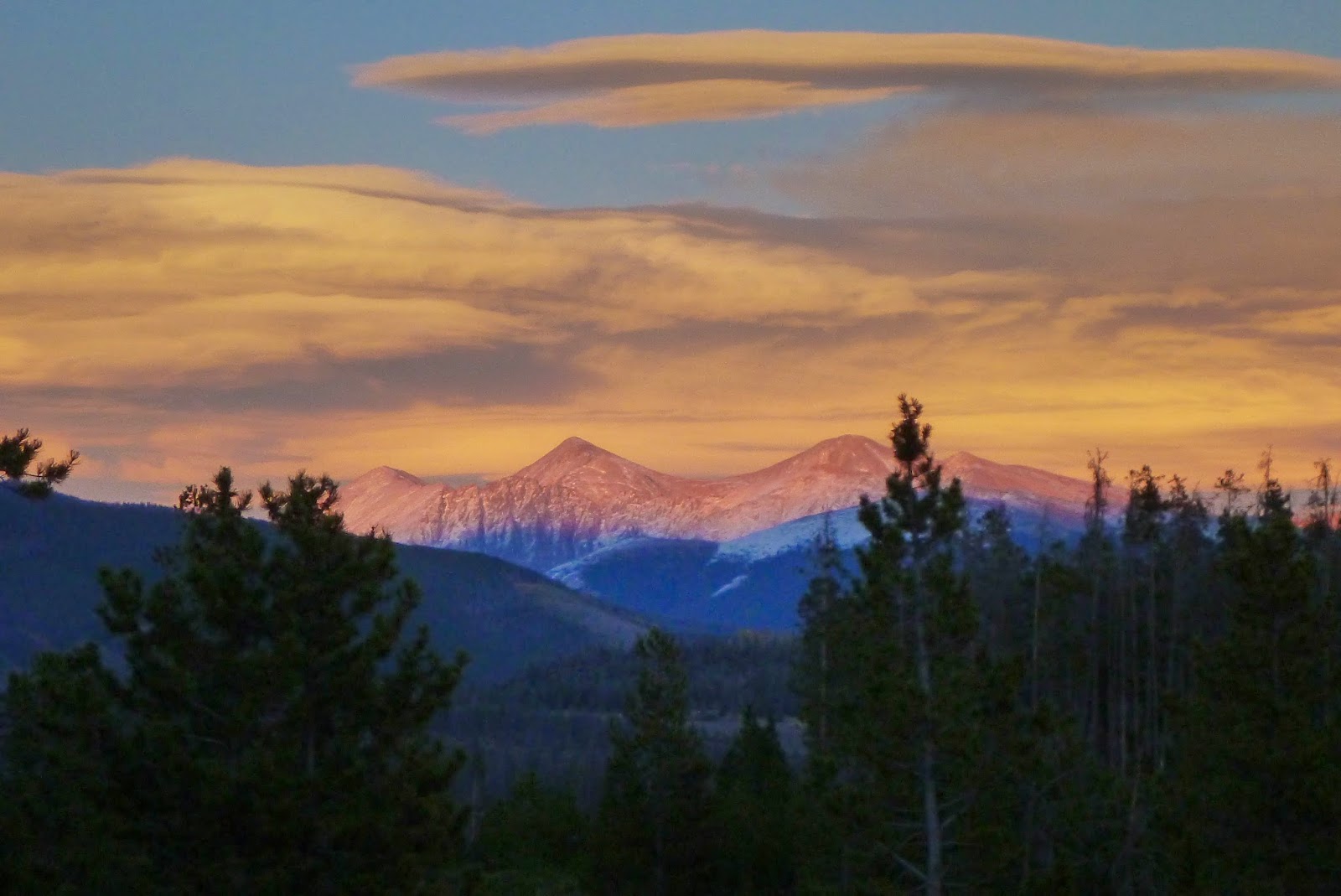 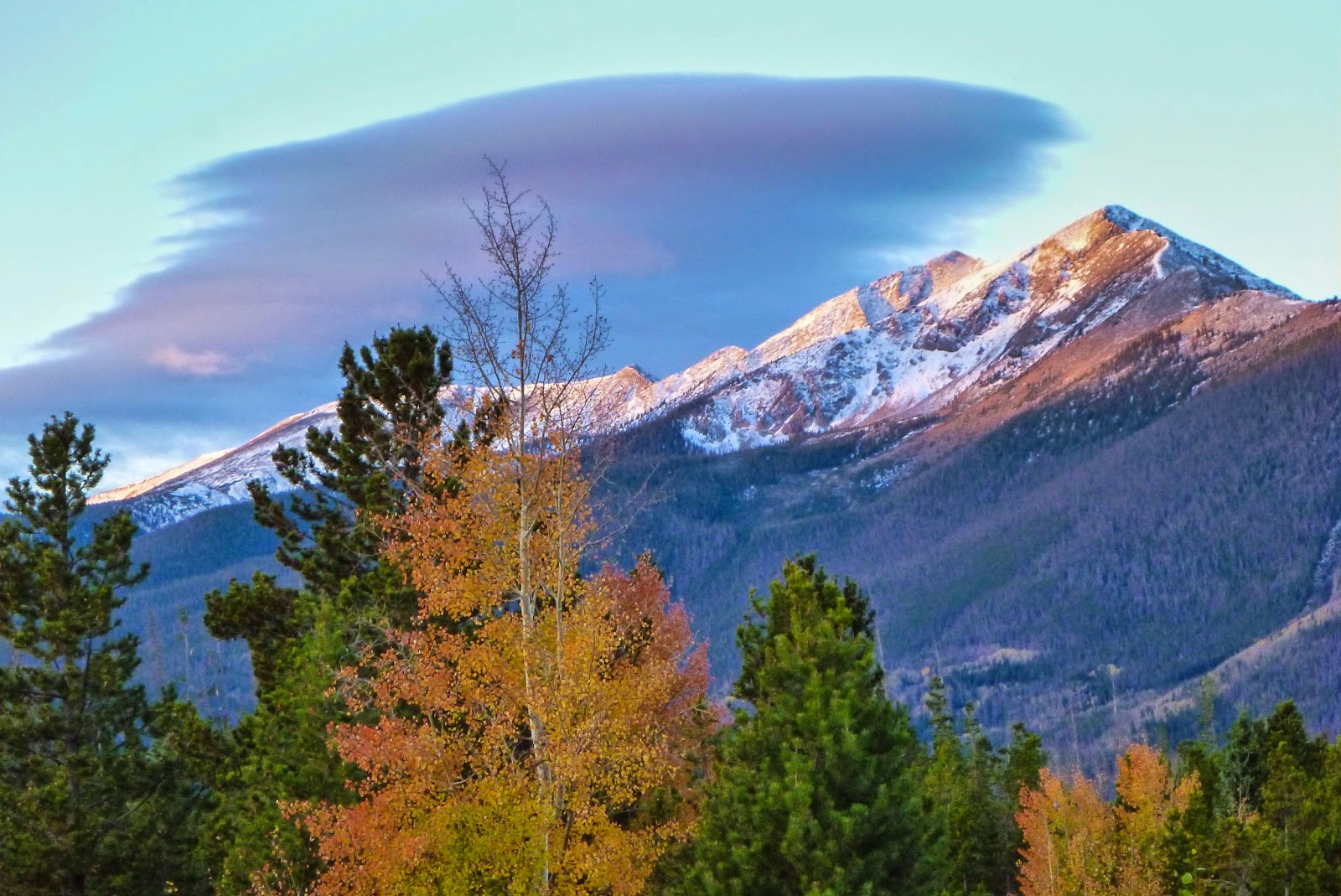 Ice on my bike in the morning 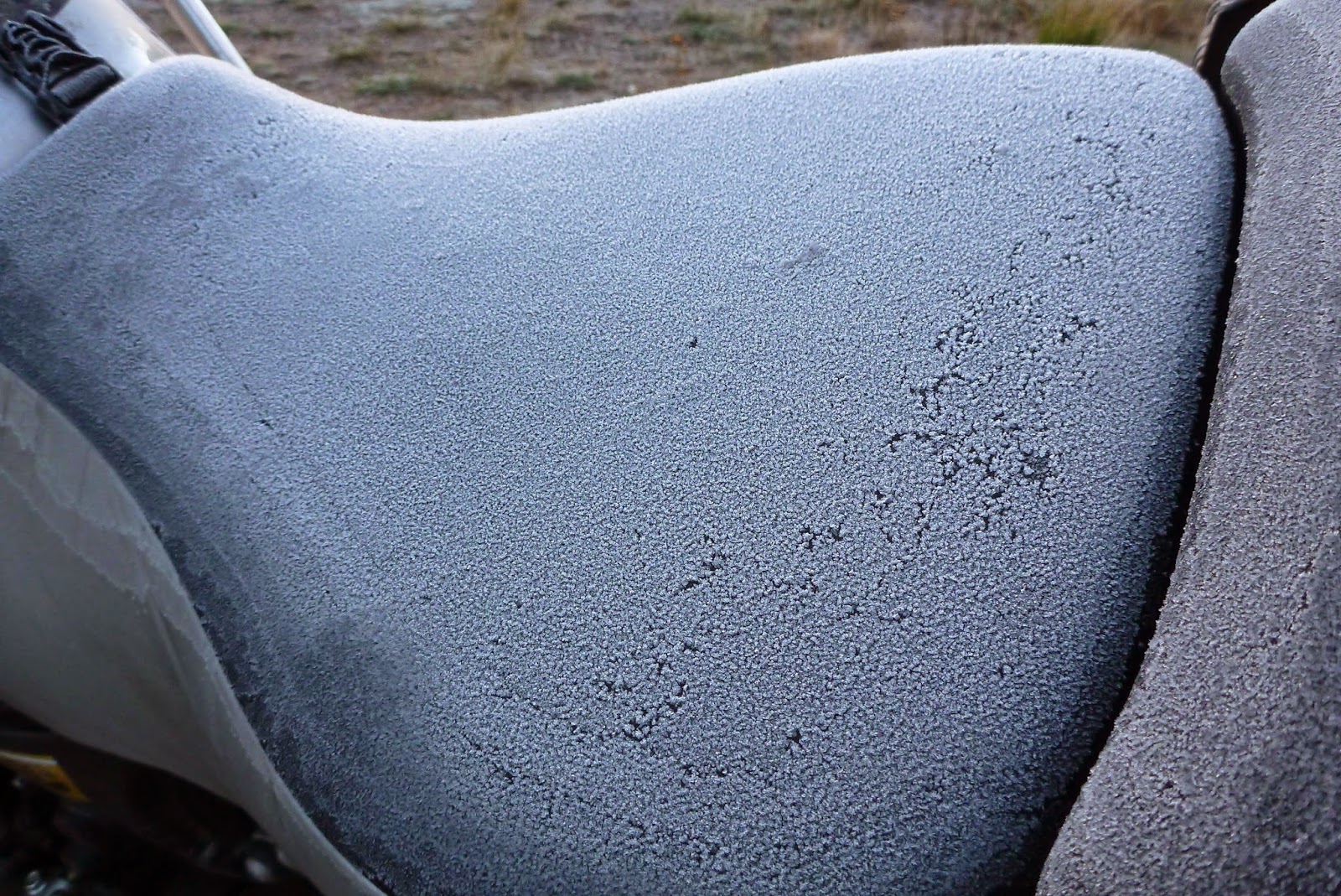 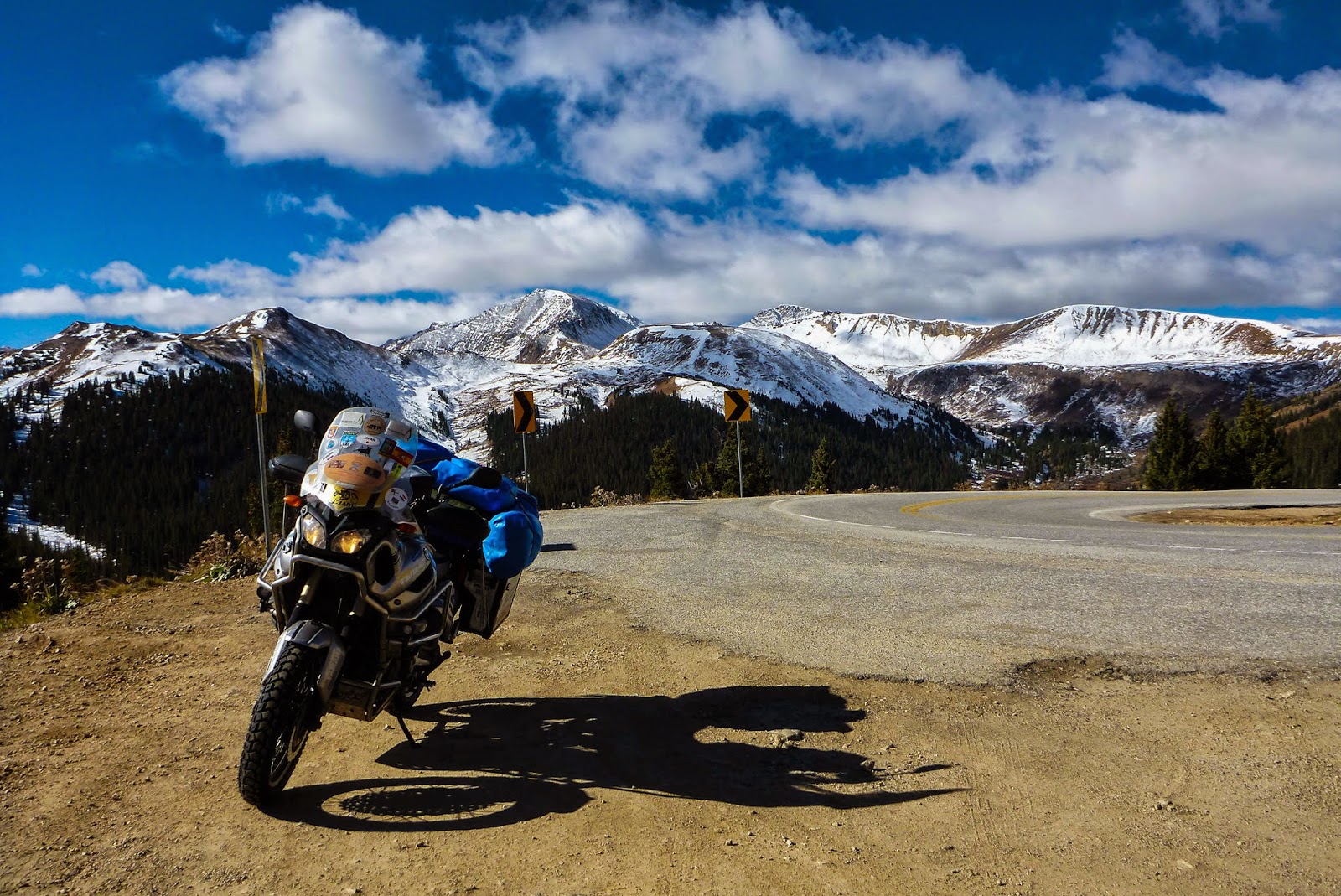 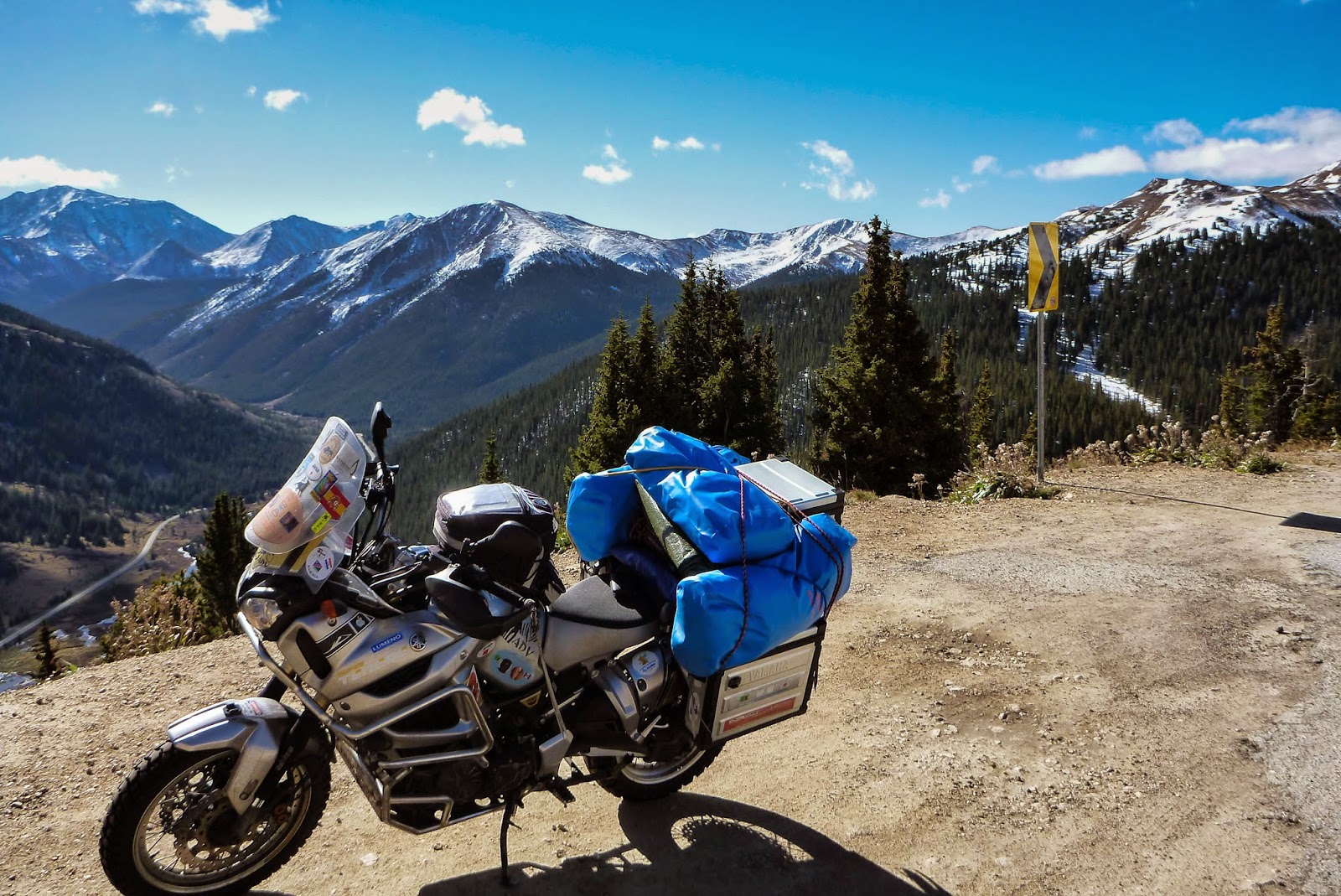 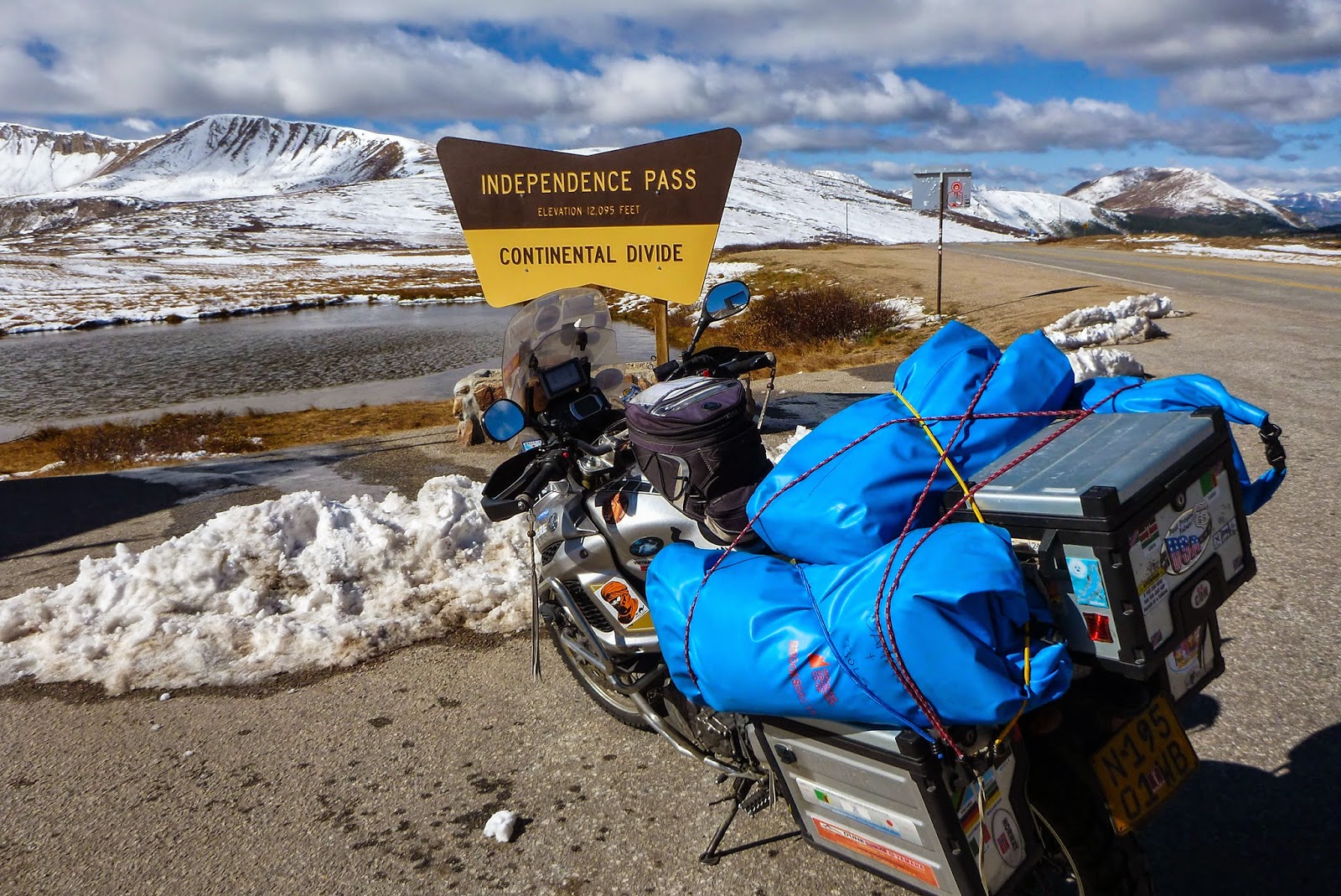 My camp in the woods 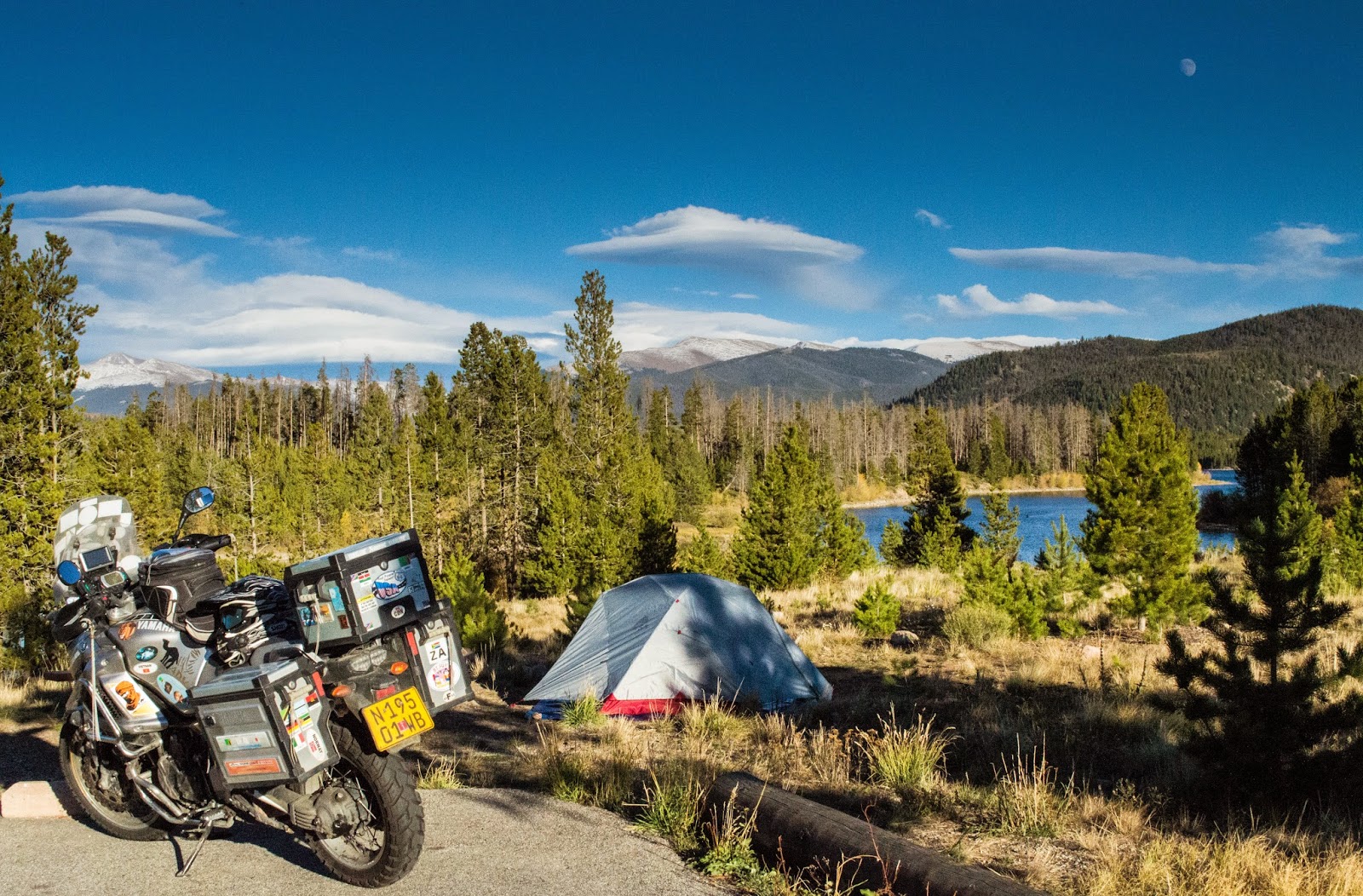 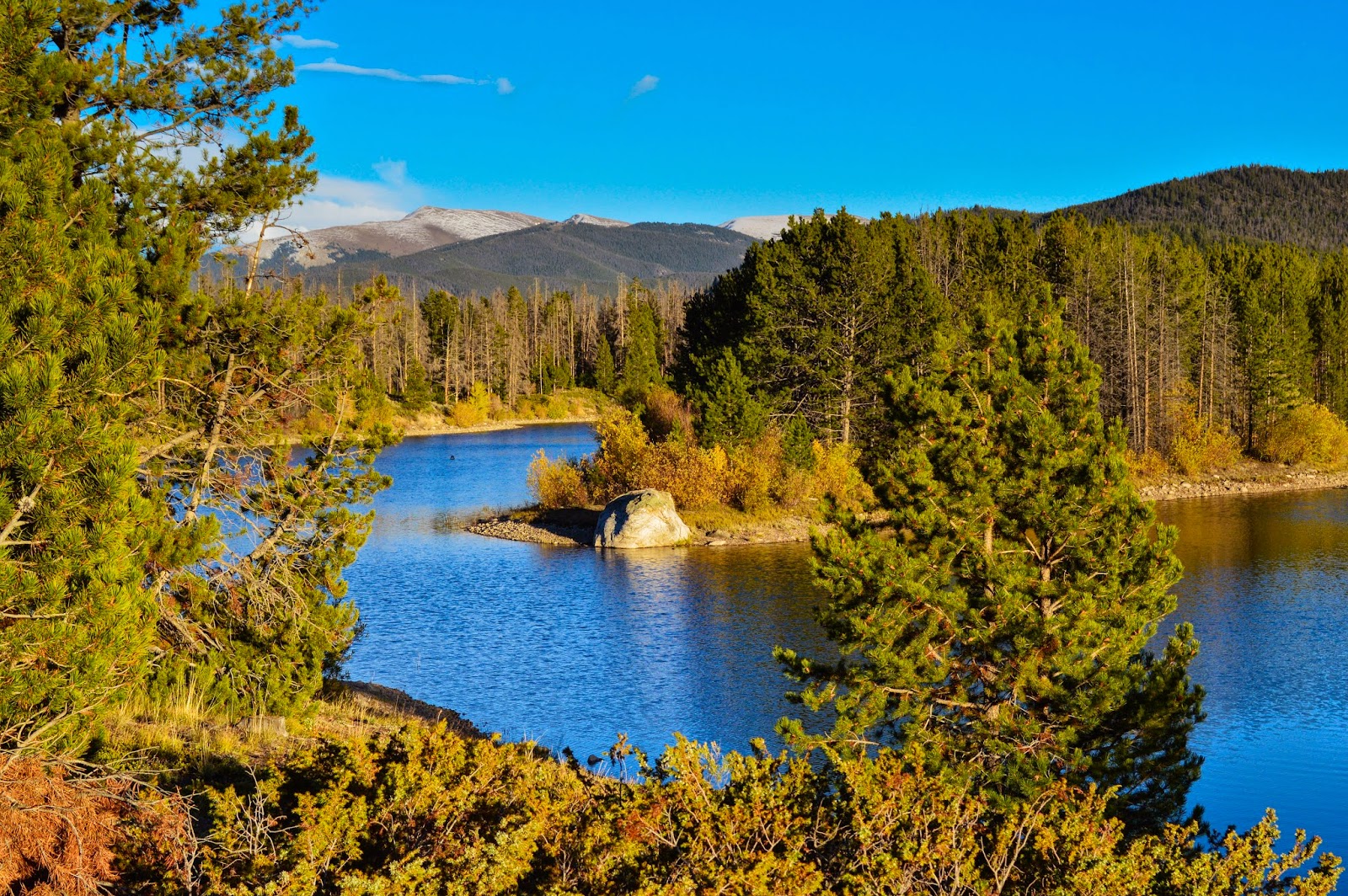 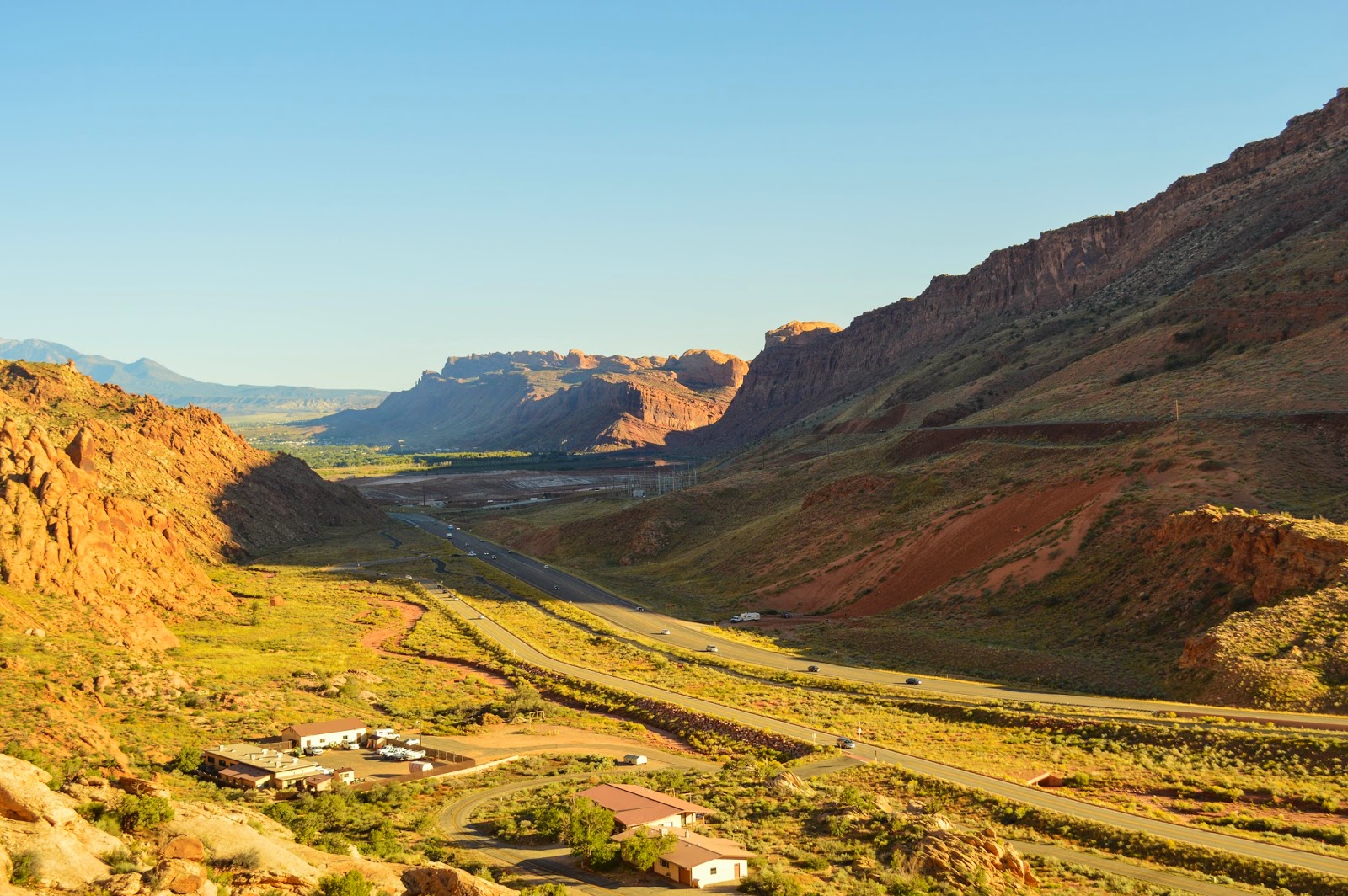 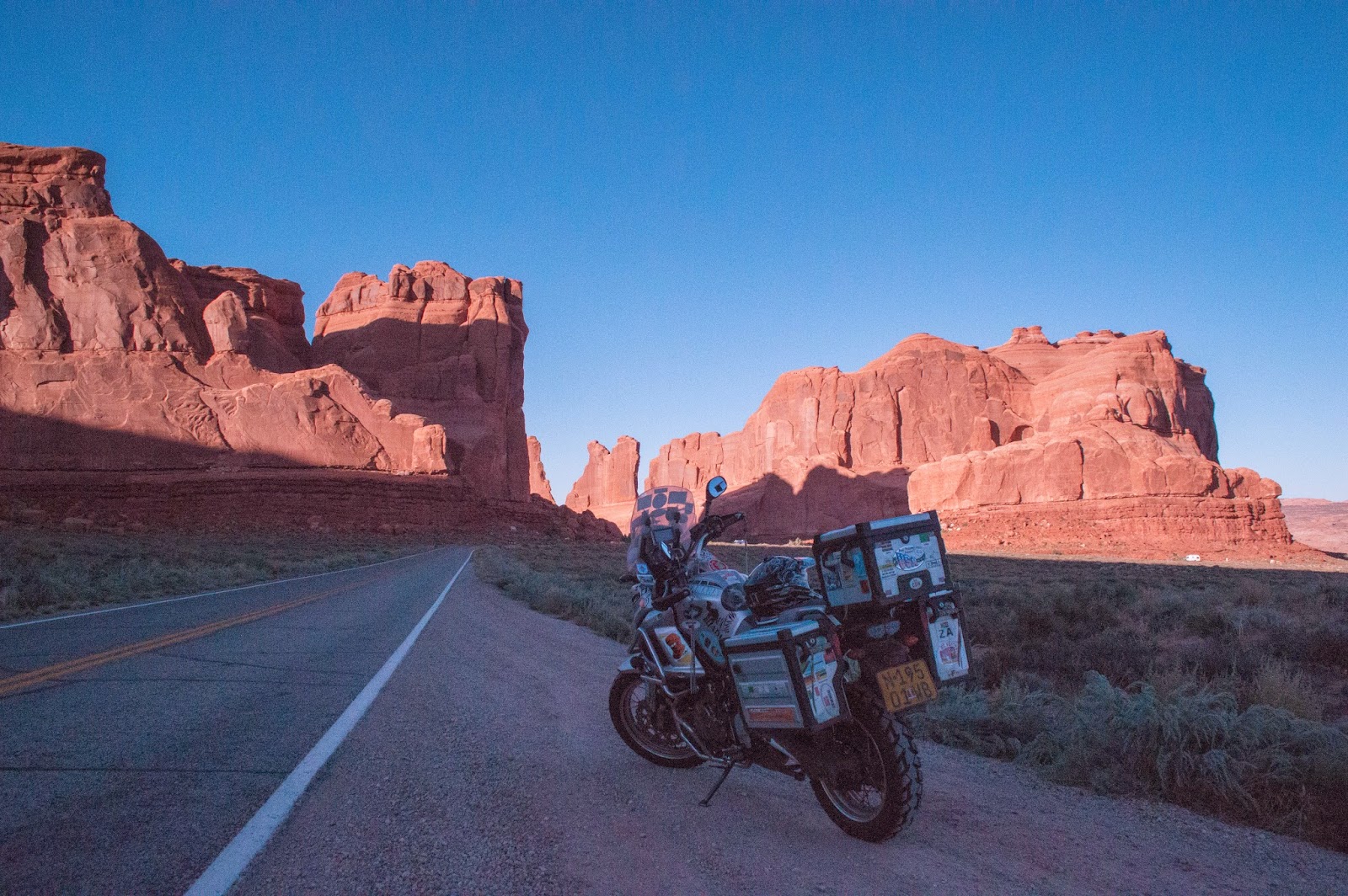 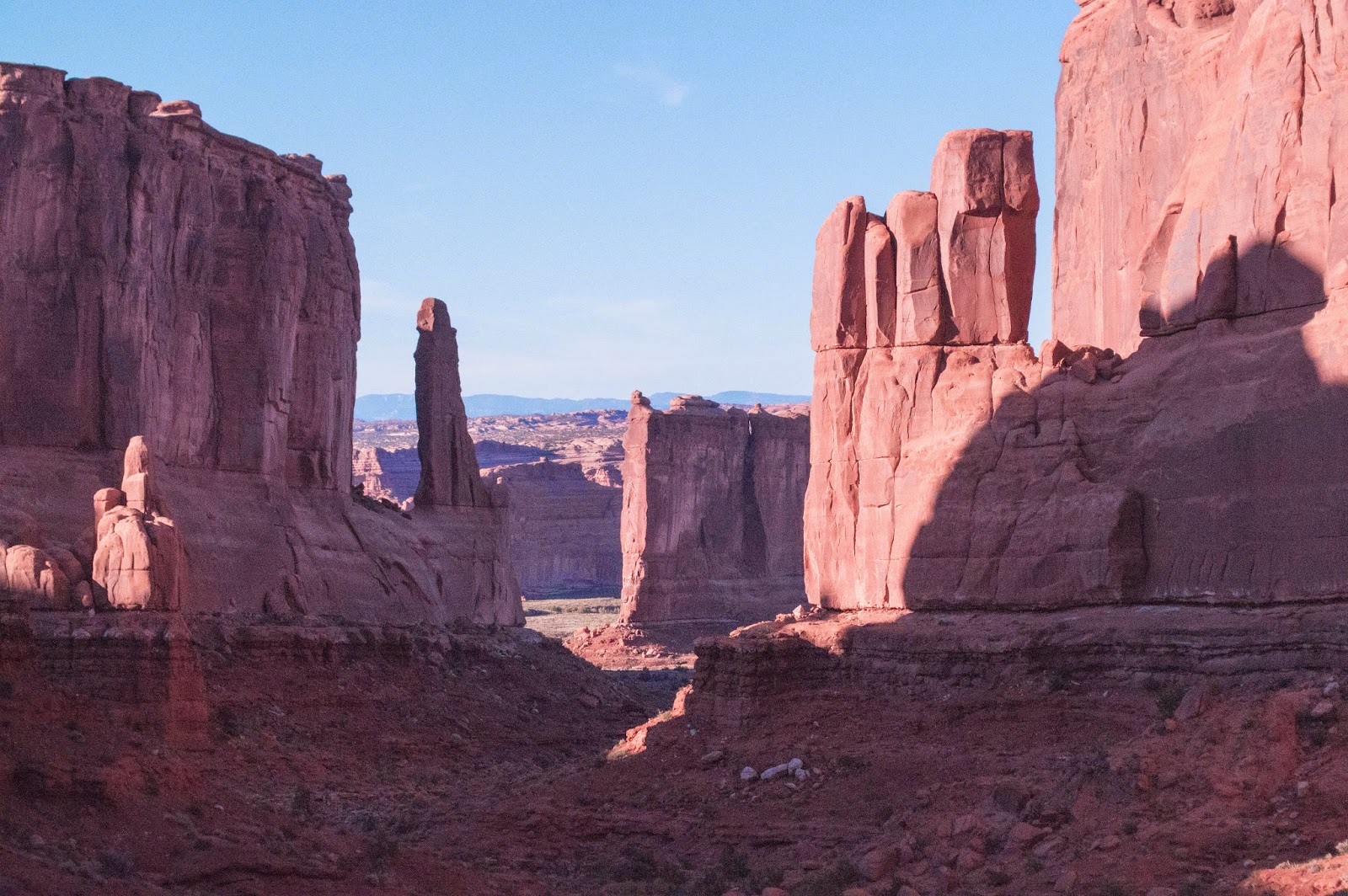 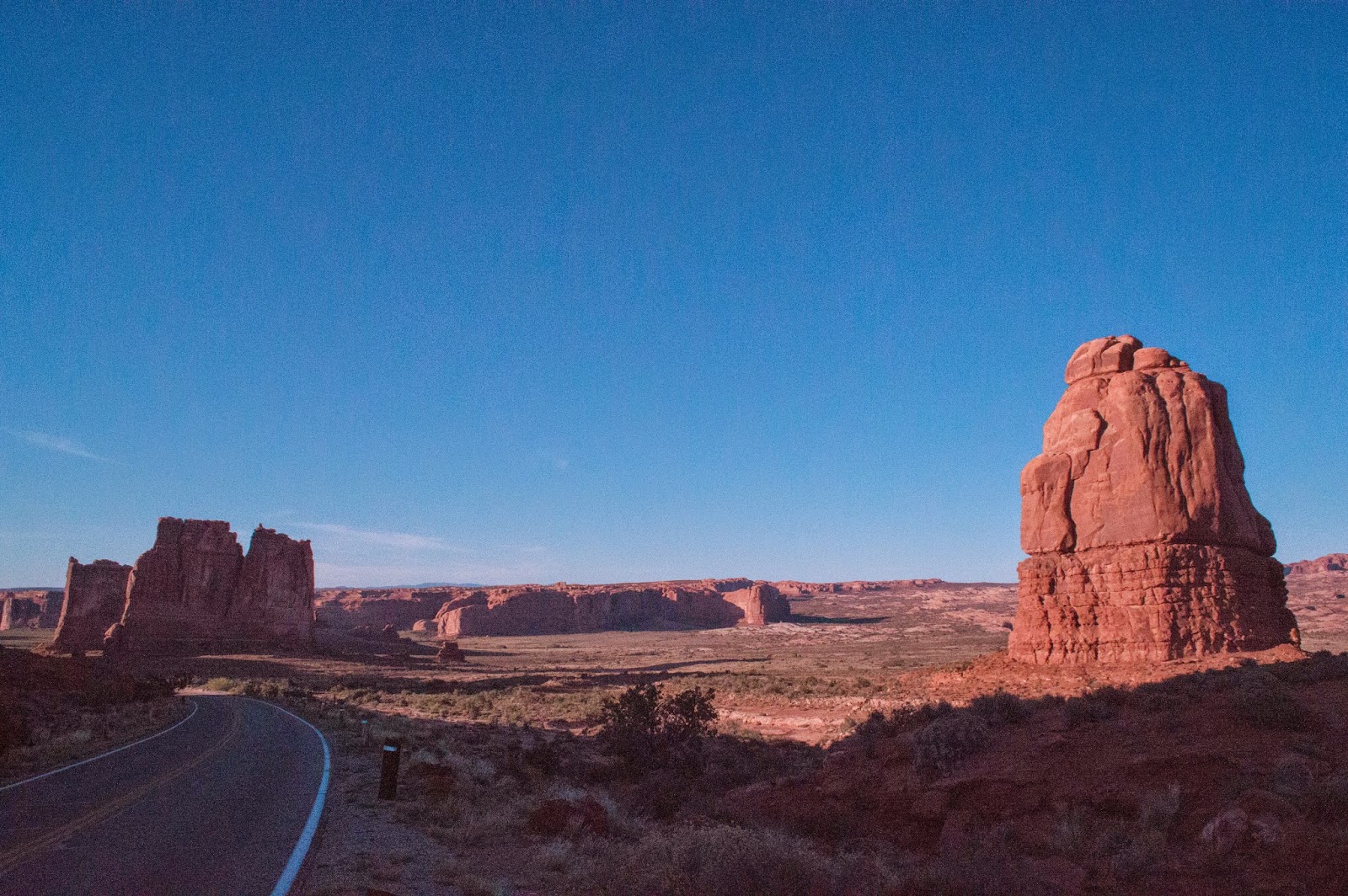 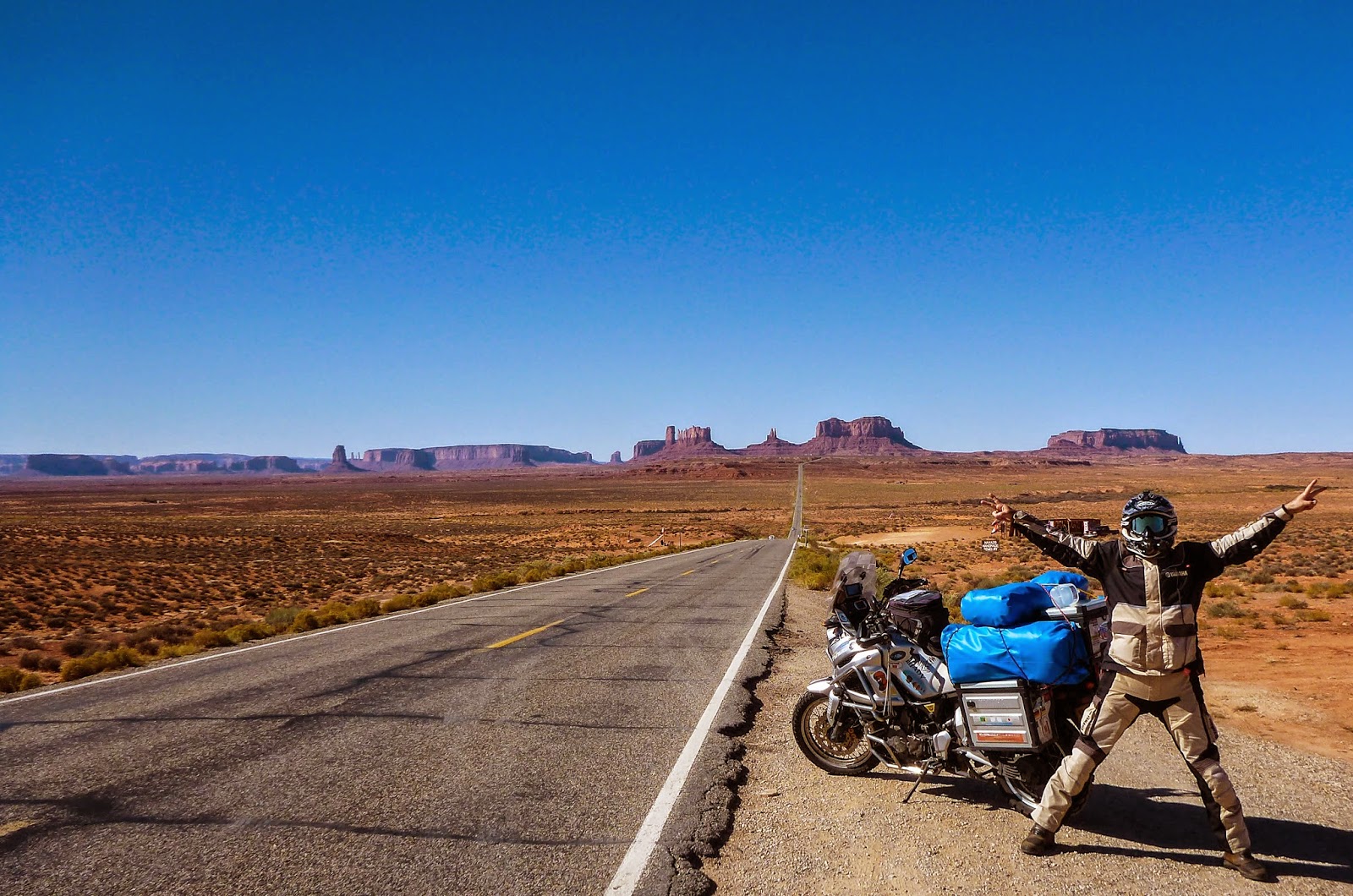 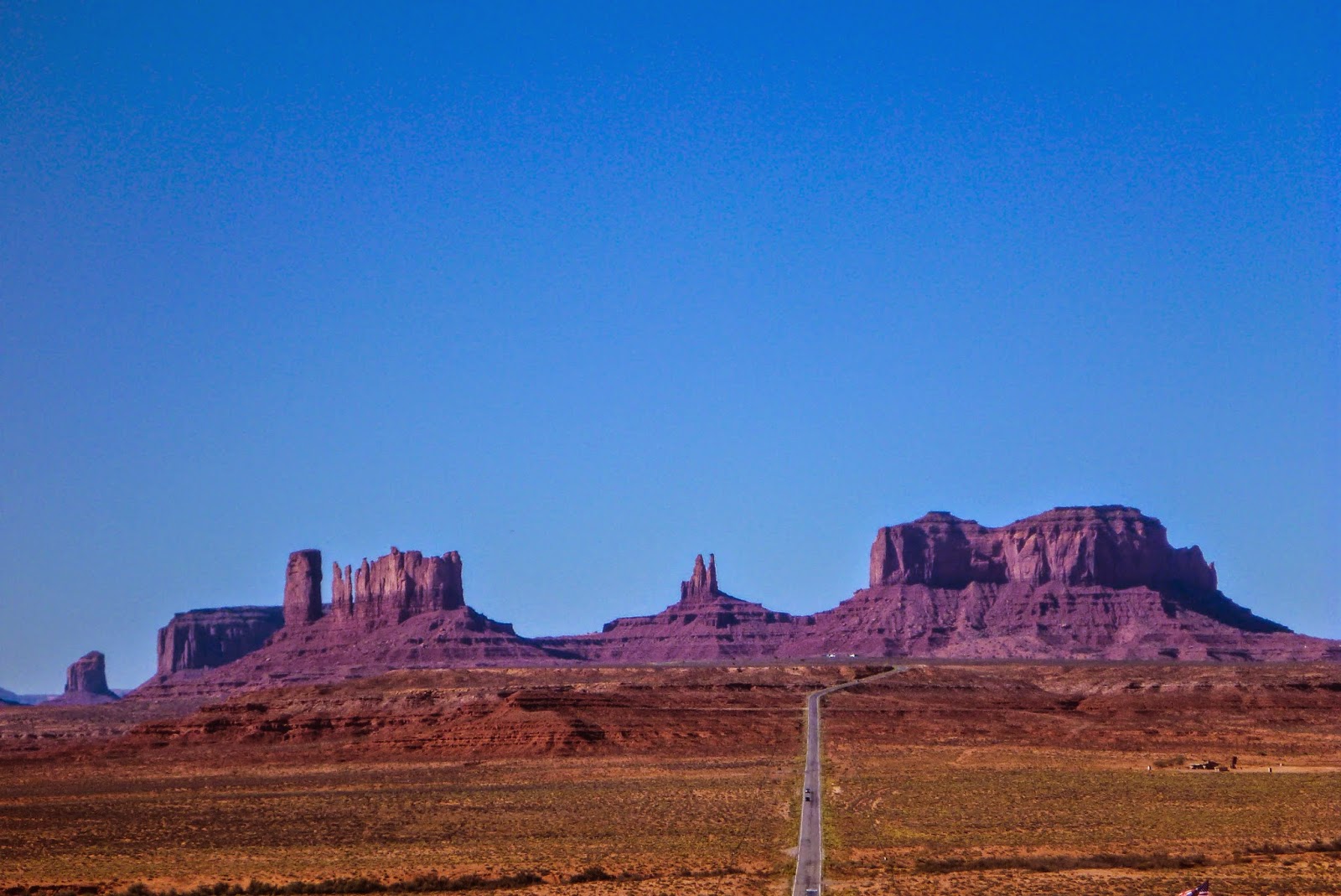 My camp at the Grand Canyon 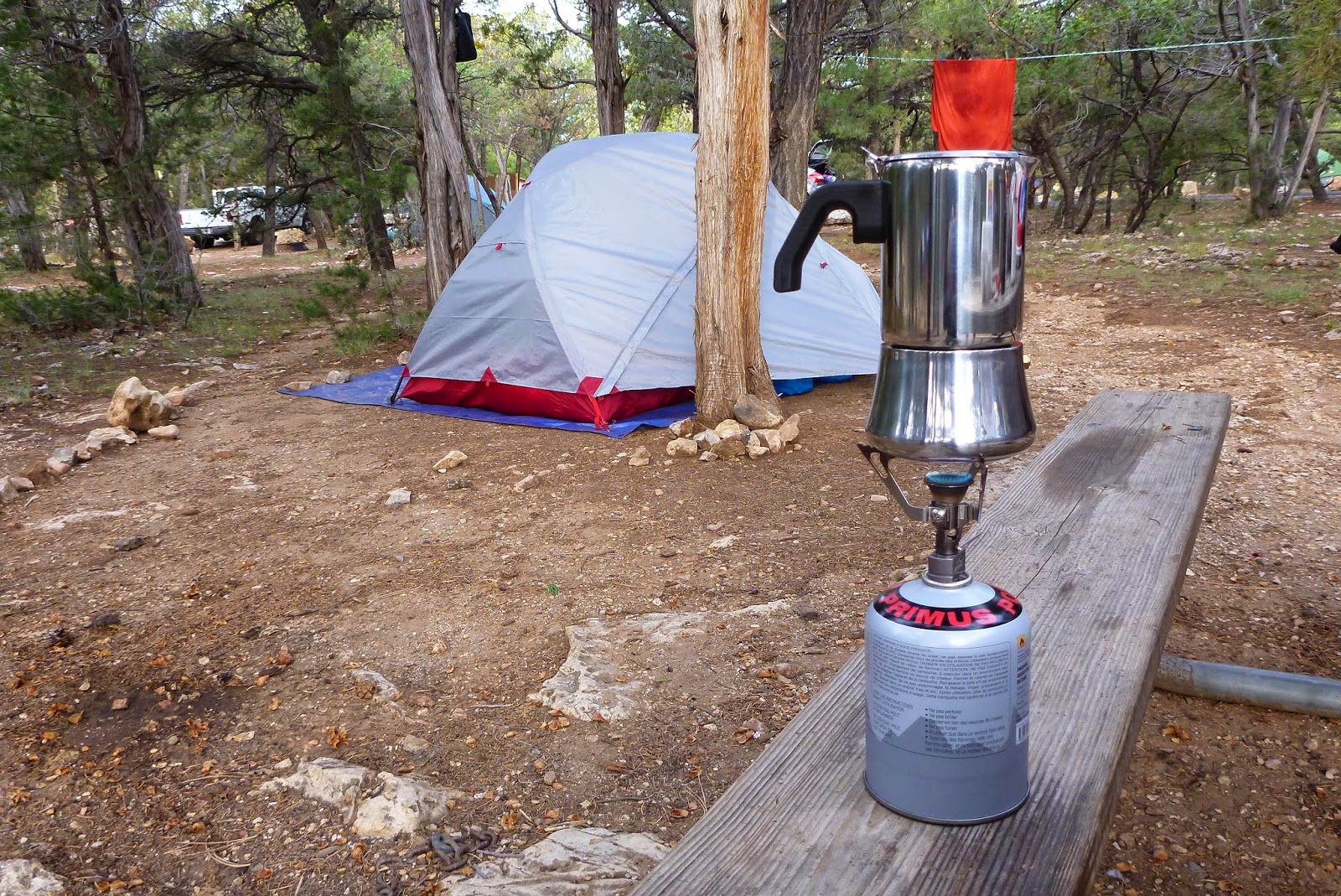 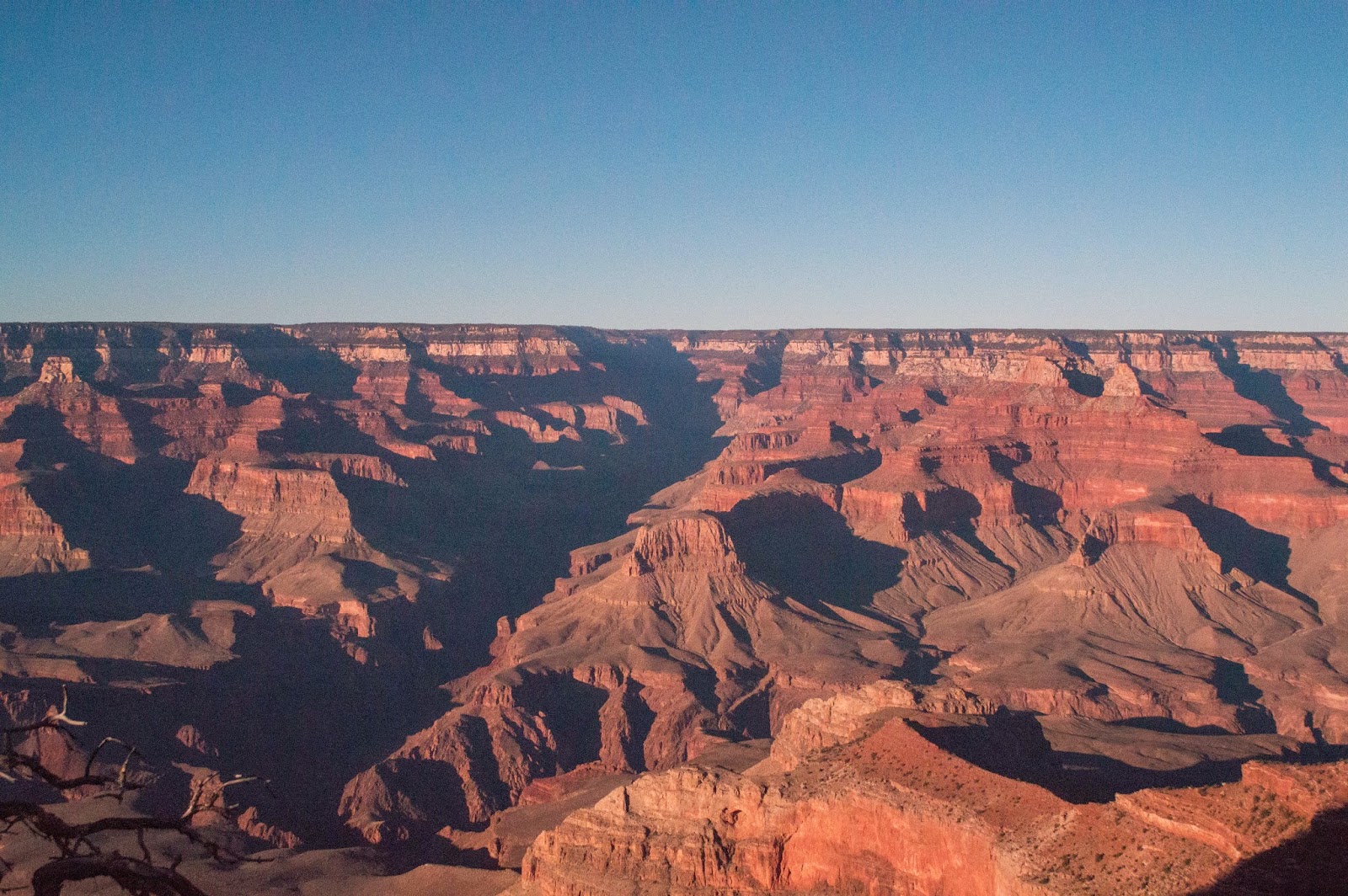 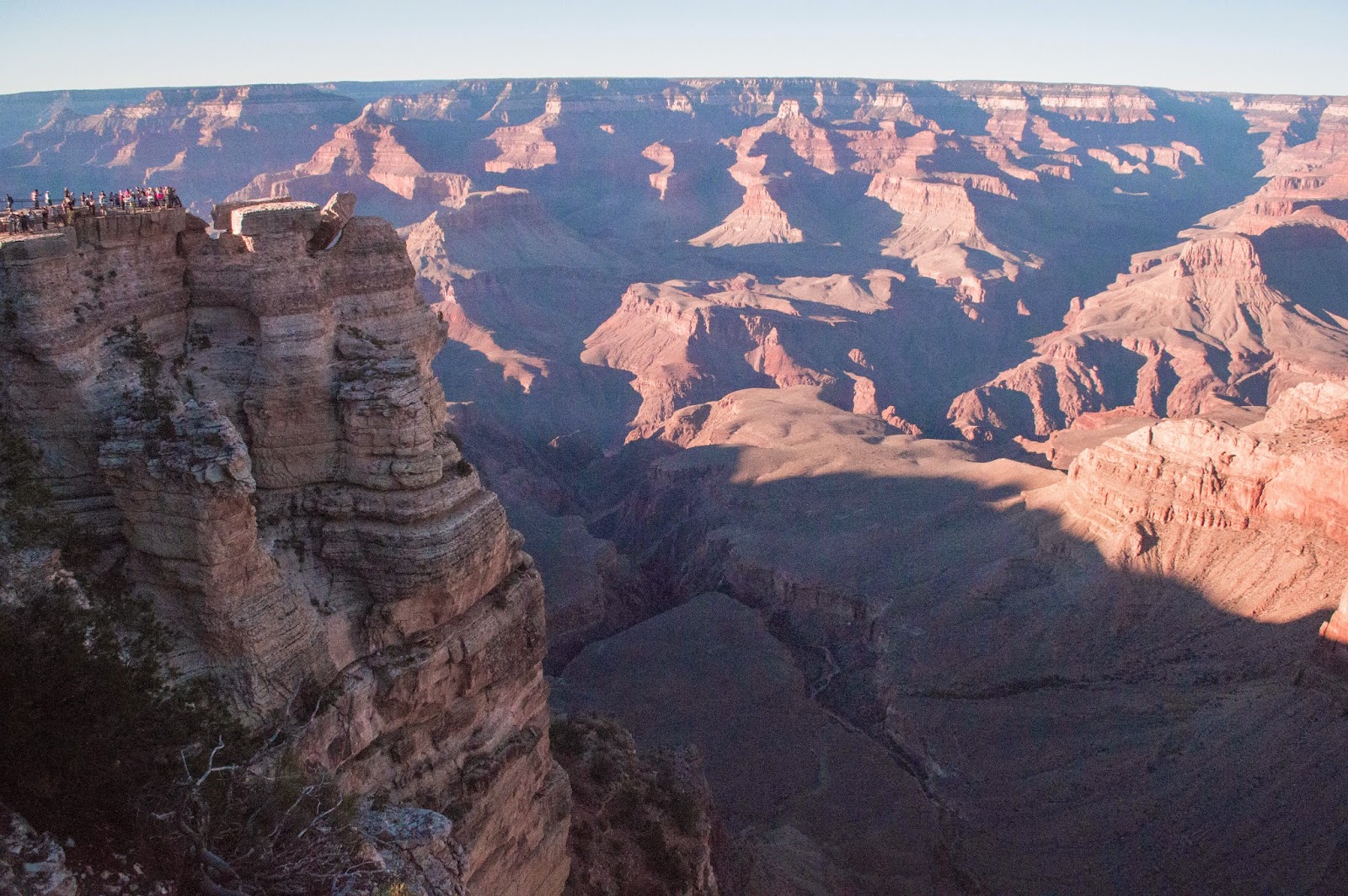 Sunset on the way to Las Vegas 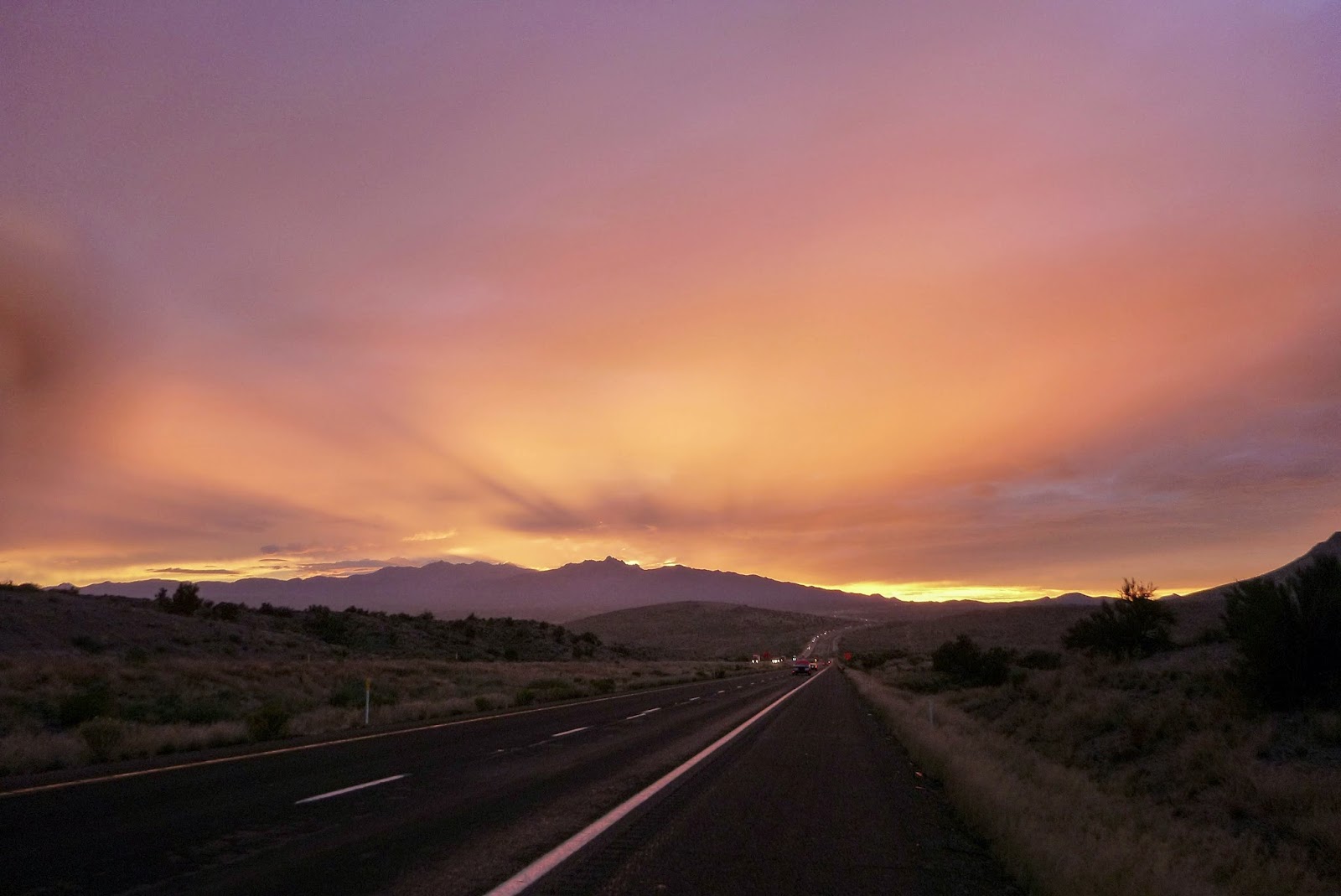 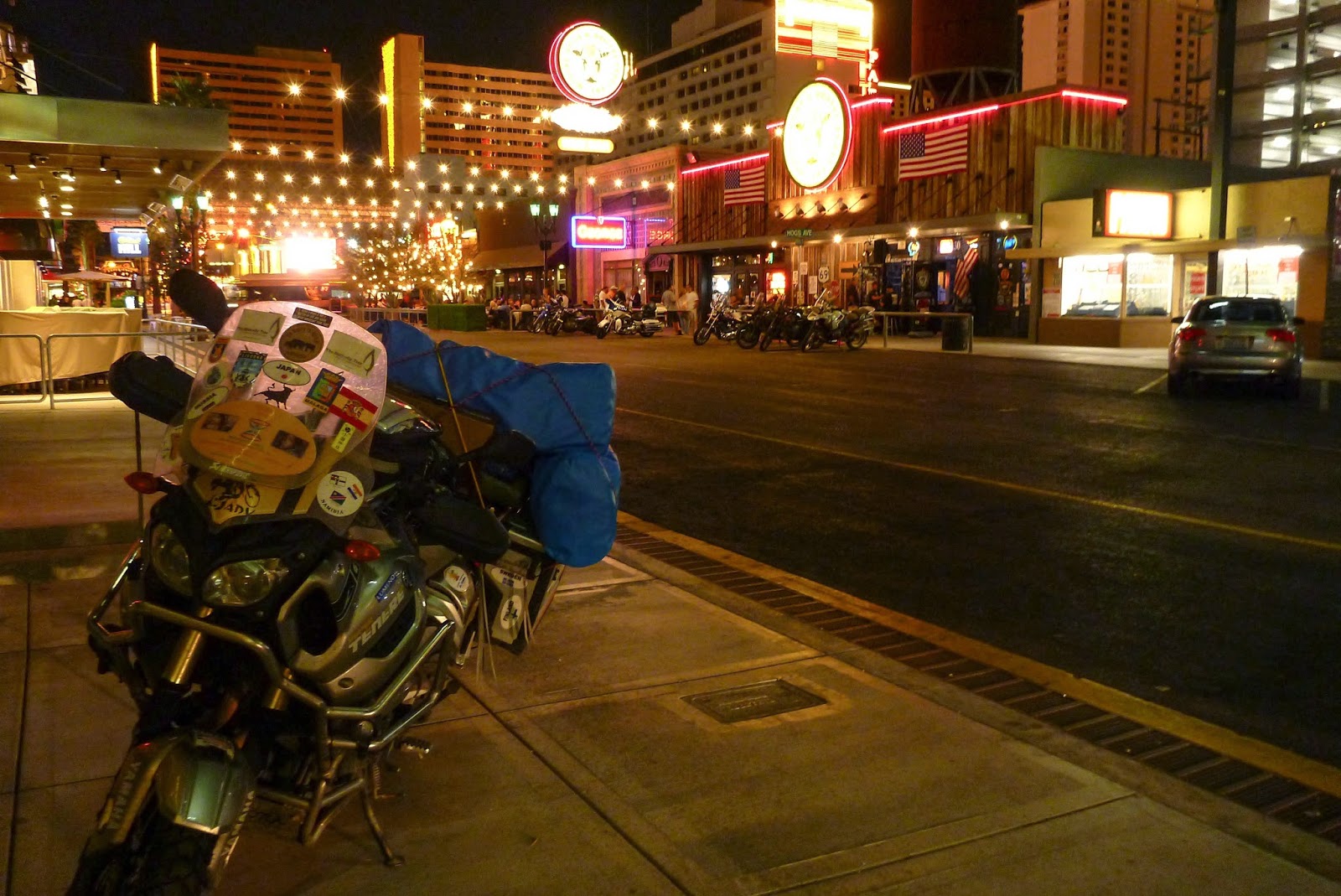 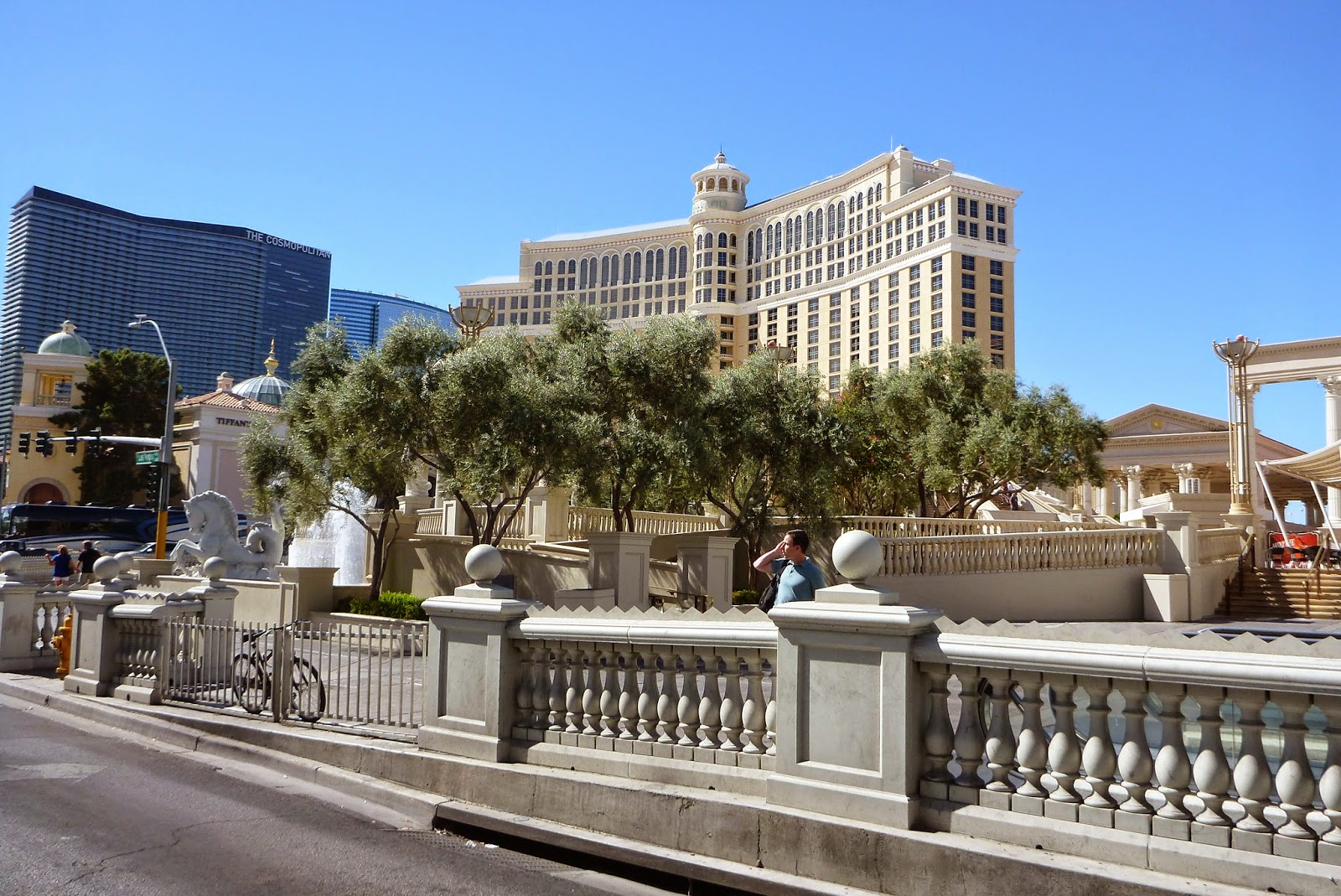 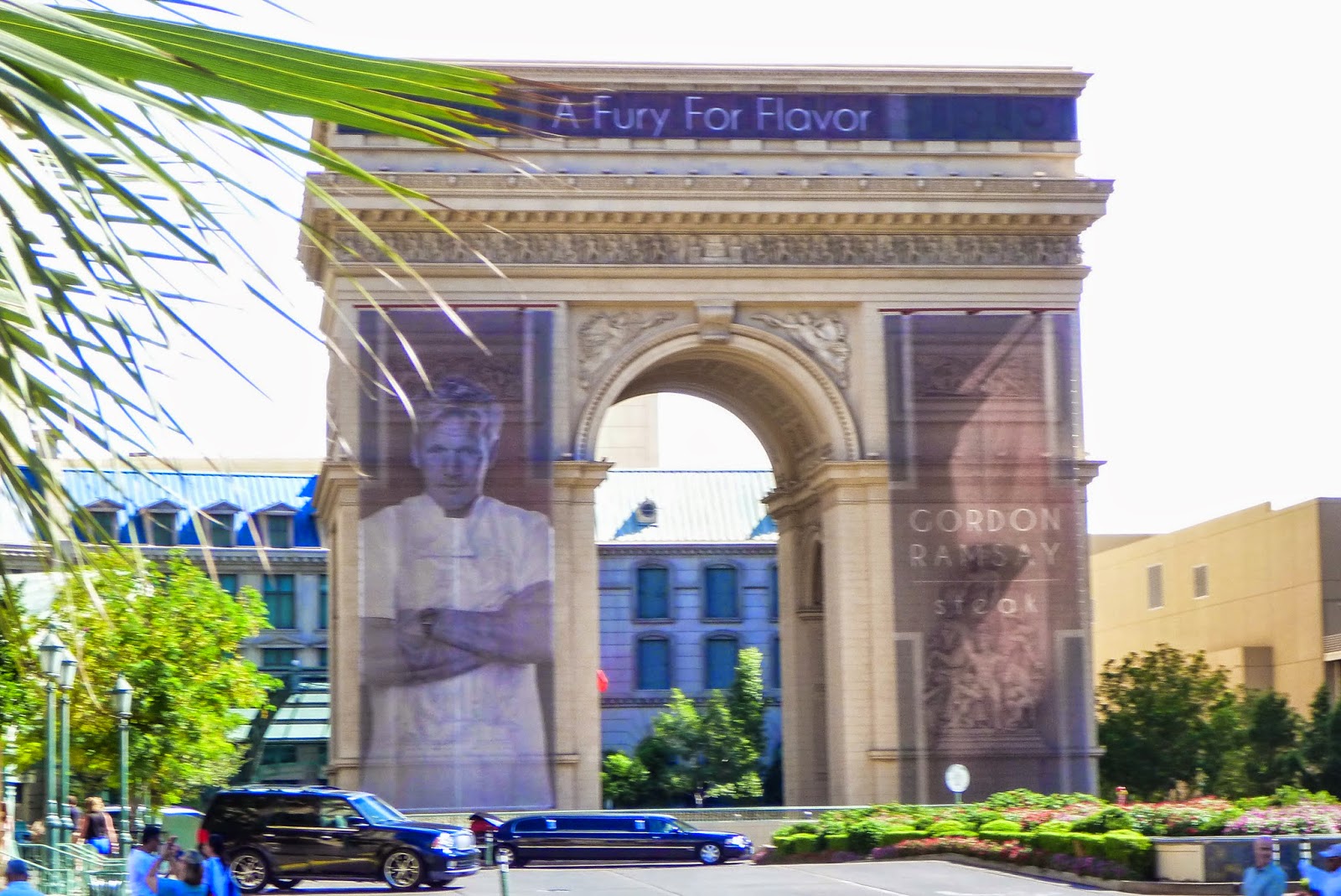 My camp in Malibu California 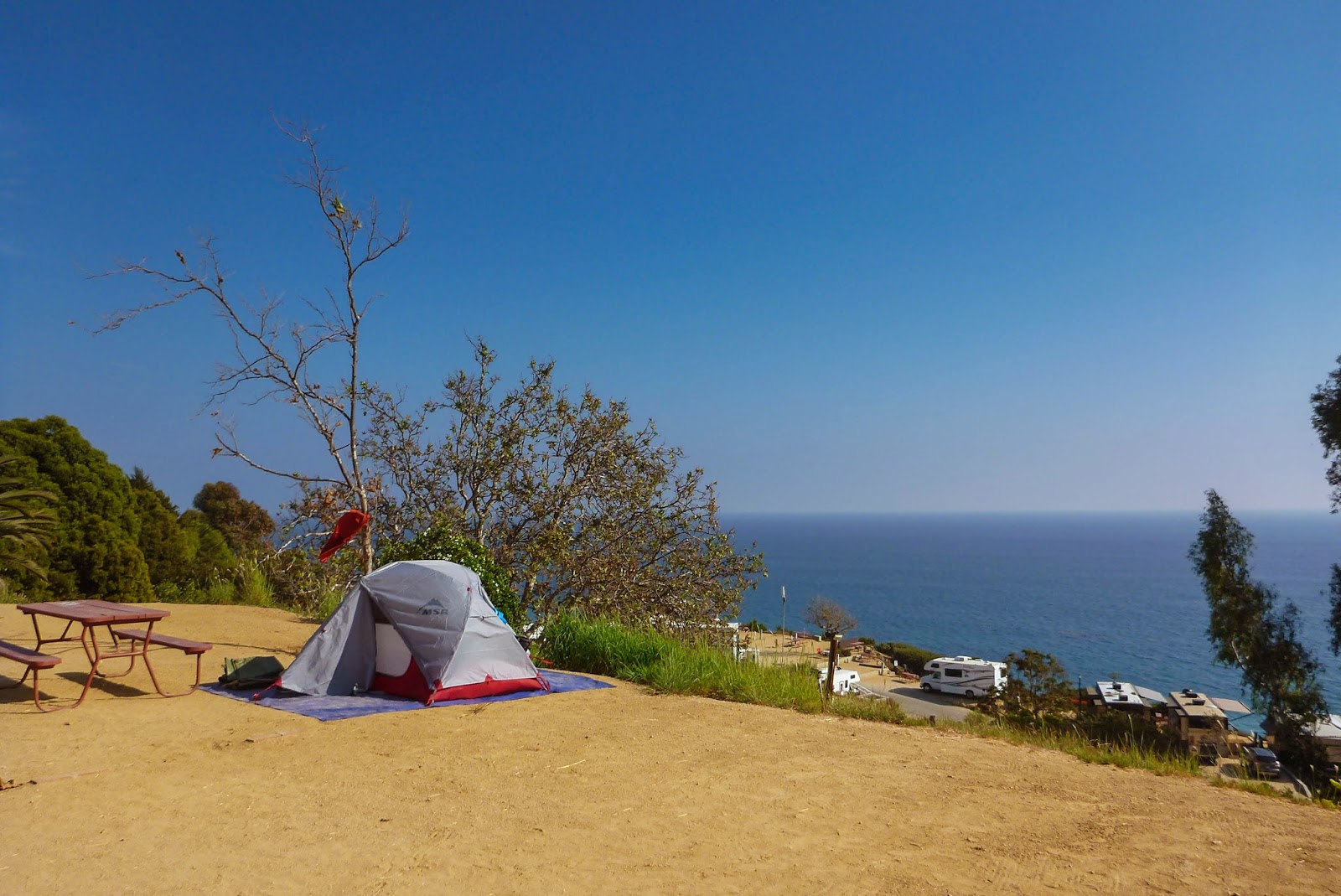 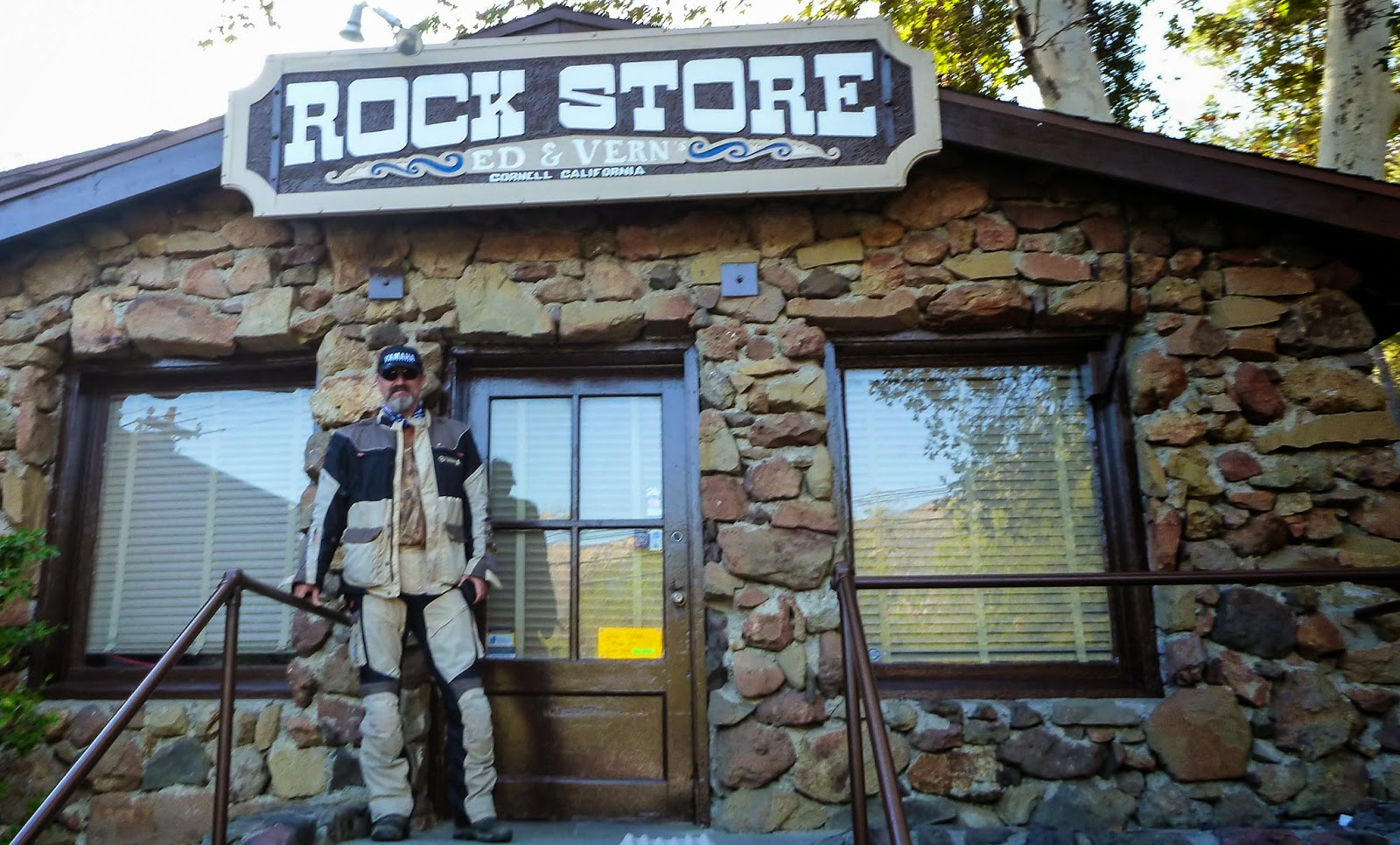 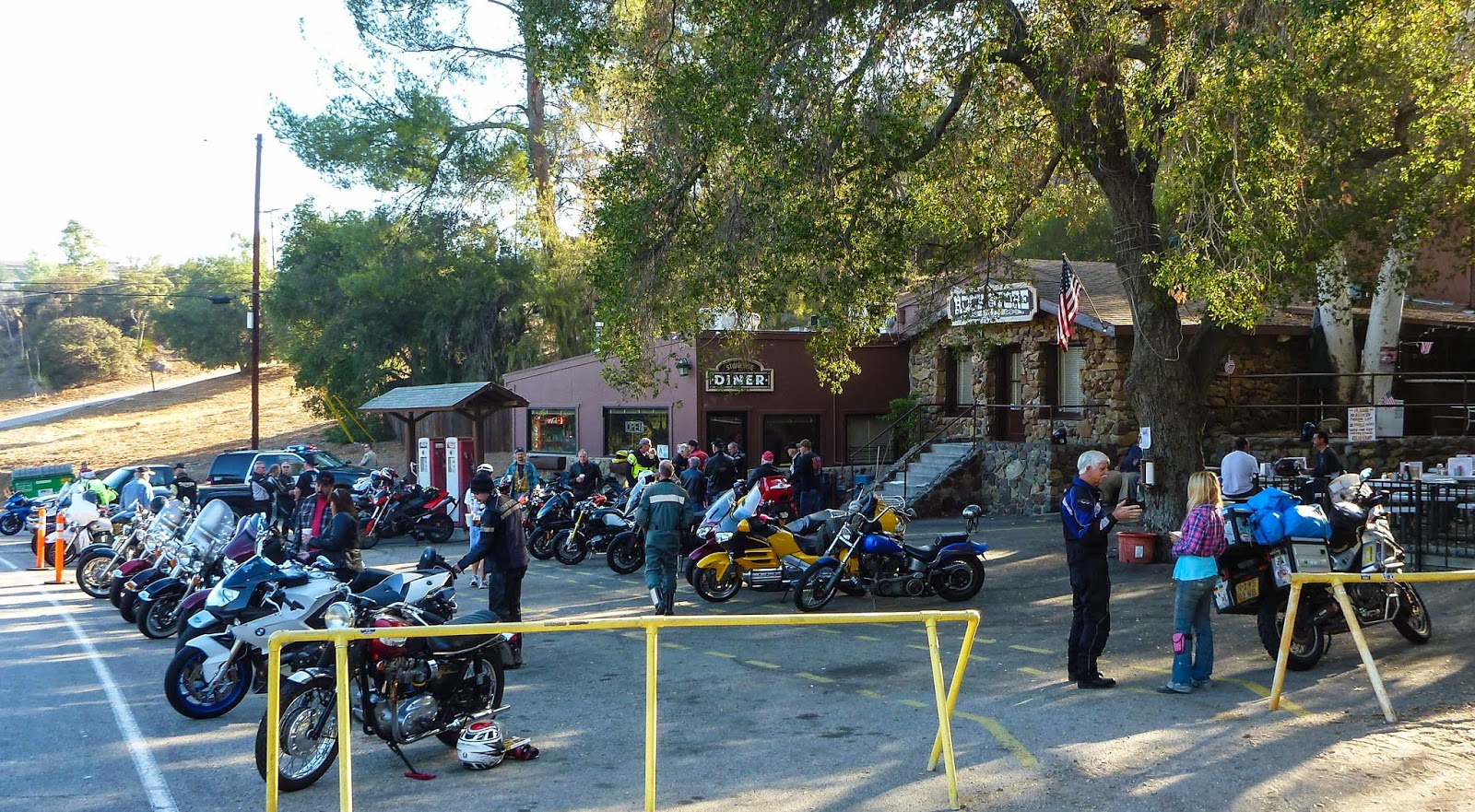 Glen Du Pont, Adventure Rider on KTM 1190, preparing for his ride to the Arctic!!! 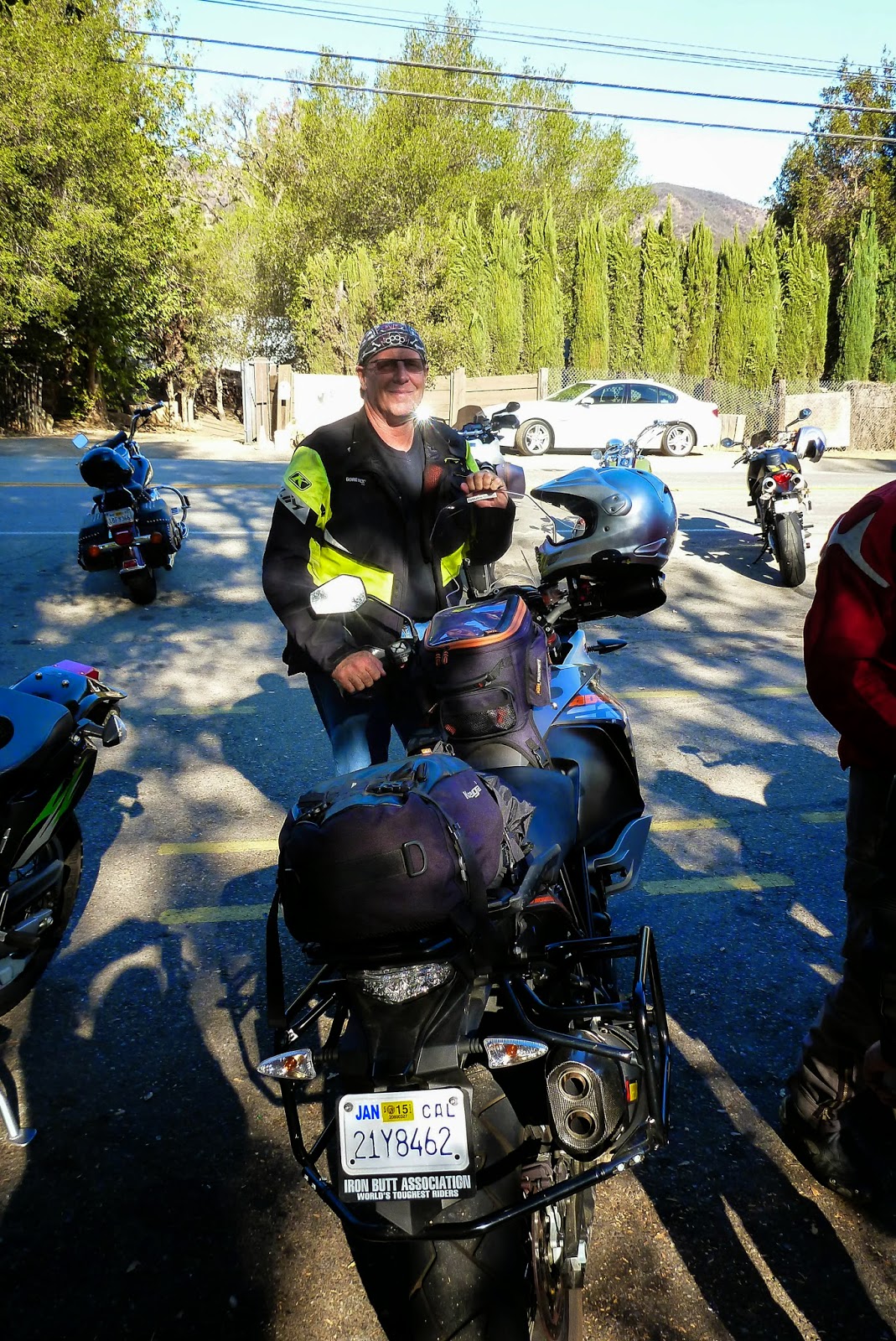 Terrified by the past, uncertain of the future

"Where are you going?", the little boy asked me as I was climbing my bike. "I am going far away for a while" I said, "so I can tell many people about you and the rest of the children here."
"Quo vadis?" "Where are you going?" The little boy had no idea how philosophical this question was.. I was not sure at that time how this whole thing would play out... I am still not sure. I am halfway around the world on a Motorbike expedition to raise awareness for our orphans in Zambia and to find support to build them a Sports Academy, first of its kind in Africa. What I know for sure is that if I don't try, I will never know how it would have turned out.

Real Madrid was playing its arch-enemy FC Barcelona. I have personally watched them many times; but now, I was watching them in the Kalahari Desert, Botswana, surrounded by San (Bushmen) children in a small village outside of Ghanzi. I taped many of these matches and brought them with me to Africa to show the children there. As we were watching Cristiano Ronaldo making a fantastic pass, a small hand touched my shoulder. It was my little boy, Tamme, an 8 year old Bushman orphan. His mother died of TB and his father bitten by a black Mamba. Tamme looked at me and asked me: ‘Nba (Ju:Hoansi word for “father”), do you think I can ever play for a team like that?’

Tame’s question taunted me for years; can African orphans reach the highest International levels of Sport, even Olympic heights? I lived in Africa for over 20 years now and I have seen hundreds of children like Tame possessing great talent for sport but without a platform to train them and, more importantly, to promote them to higher stages of sport. I have met orphans who can run 20 km on their way to school from the bush. No professional diet, training or a fat contract waiting on the other side. Just pure talent!

I saw how entire villages came together to watch two teams playing; in my travels in the Amazon, Vietnam and South Pacific, I witnessed rival cultures, dropping their differences and come together for sports. In the most remote corners of the world, sport brings people together.

I set it in my heart then that I would work towards this goal: establishing a professional Sports Academy for Orphans and Underprivileged Children.

It is a challenging project, but with thousands of orphans around and virtually no sports facilities present in Livingstone, this is a beacon of hope for so many talented children; who knows, maybe one day, one of our own Tammes, will play for Barcelona or Real Madrid, proving that everyone has a chance to succeed.